Changes to the Law on Smacking Children

It has recently been revealed that there will be changes to the law on smacking children in some parts of the UK. This has lead to some discussion about what constitutes as smacking, what is the legal position and how this can impact parents.

Smacking is considered by many parents and children’s charities to be an inappropriate punishment and the new changes could see parents in Scotland and Wales being penalised for smacking their children.

It is illegal to hit a child, as it would be to hit anybody. There is however currently a ‘defence’ for parents or legal guardians when smacking children is considered ‘reasonable punishment’ under s.58 of the Children Act 2004.

Reasonable punishment is not defined in the act and so it can be a grey area for parents. It is clear however that this will depend on each individual case and factors such as the age of a child and the nature of the strike are considered.

New changes coming to Scotland and Wales would remove the defence of reasonable punishment and could see parents being prosecuted if they physically discipline their children.

These new changes are strongly supported by the NCPSS who have said that “every child deserves equal protection under the law ... it is wrong that a defence, which does not exist in the case of common assault against an adult, can be used to justify striking a child’.

Ultimately, the new changes in the law will not impact parents in England as the ‘defence’ of reasonable punishment will remain. However, parents who are travelling to Wales or Scotland will be subject to the changes once they have crossed the boarders.

The use of physical punishment may also attract the attention of the Local Authority, irrespective of any availability of defence. This could result in Local Authority involvement with your family. 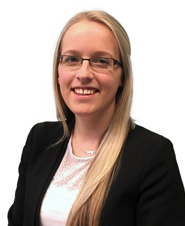 Sarah is a skilled and experienced Solicitor working in the Kirwans Family Department and deals with a variety of family law matters including child care proceedings, ending a civil partnership, representation in family court, contact and residence disputes, divorce proceedings and domestic abuse.

Sarah’s articulate and empathetic approach to family law ensures that all her client’s receive the best possible client care and all potential outcomes of complex family cases are communicated clearly to the client from the outset. Sarah has a firm understanding of the issues that surround modern family law disputes and approaches these issues with the utmost care and diligence.