The government has introduced a 28-day limit on pre-charge bail as part of its shake-up aiming to end the “injustice” to individuals kept on bail for excessive periods of time.

Previously, there has been no cap on the time period suspects are on bail for, so in theory, they could be placed on bail indefinitely.

Last year over 4,000 people were on bail for over six months. It is often the case that people are given very little information whilst on bail and have no legal ability to challenge their position.

We have seen a number of high profile cases covered by the media that highlight the issues faced. The former owner of Wycombe Wanderers FC, Steve Hayes, was re-bailed on at least nine separate occasions and placed on bail for a period of almost four years before a decision to take no further action against him was made.

In an effort to put a stop to any injustice of excessive bail periods, the government has introduced the Police and Crime Act 2017, which came into effect on 3rd April 2017, and makes key amendments to the existing Police and Evidence Act 1987 (PACE).

Under the new act, there is now a presumption of release without bail unless the “pre-conditions” for bail are met. Arguably, the key change is section 62, as we see the introduction of time limits of bail under s.30A of PACE.

If the defined “pre-conditions” are met then a maximum 28 day period of pre-charge bail can be set. This date will begin from the day after arrest and will be called the ‘Applicable Bail Period’ (ABP). However, there are exceptions that allow for bail to be extended for a period of three months.

It must be clear that pre-charge bail only applies when the suspect is placed on bail for the police to conduct further enquiries.

Where a suspect is placed on police bail for a charging decision from the Crown Prosecution Service (CPS) then the existing condition of s37(7)(a) of the Criminal Evidence Act 1984 still applies. This means that the person will be on bail with no time limit.

When released on bail there are important procedural steps that must be followed.

In some cases, the Police can make an application to the court to extend the bail period. This can be extended by three months at a time, and there is no limit to the number of times they can apply.

Where a suspect is placed on pre-charge bail for further enquiries with a 28 day ABP, and the police have completed their enquires, the case is passed to the CPS for a charging decision. The ABP concludes at this point. The suspect will then be either expected to attend court or notified that there will be no further action.

Should the CPS require further enquiries to be made by the Police before a decision can be made, then a new ABP will apply.

If a charging decision has not been made by the CPS within 12 months then the suspect can request a hearing in the Magistrates’ Court to ensure that the investigation is being carried out expeditiously. This can encourage the Police to make a decision one way or the other.

In the event that new evidence is discovered during this lengthy process, and/or further arrests are made, then the whole process starts again with a new 28-day window.

Arguably, enquiries by Senior Police Officers in cases where suspects have been on bail for lengthy periods of time should be welcomed. However, the Police have raised concerns about the changes. A limit of 28 days could result in time and resources being placed on the applications for extensions rather than investigating these complex cases. It would also see the responsibility placed on Inspector and Superintendent ranks, which have been heavily reduced in recent years.

Whilst the changes may be a step in the right direction there are notable flaws in the proposal, in that although technically suspects of a criminal offence will no longer be placed on police bail, they will instead be released without conditions. Could this result in suspects of serious offences released without charge and placed back into the community with no way to monitor their whereabouts or protect the alleged victim?

The question must, therefore, be asked, does the introduction of the pre-charge bail simply encourage the police to not use it and instead release suspects from bail so as to save on the paperwork and resources, and if so does this simply defeat the object of the reforms all together? I’ll certainly be keeping a close eye on the effectiveness of the new system! 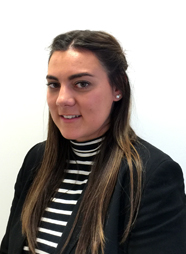 Gabrielle works as an Accredited Police Station Representative within the Crime Department assisting clients throughout the criminal process from Police Station representation through to Court appearance.

Gabrielle also works within the Post Conviction and Human Rights Department. Her duties include representing clients at adjudication hearing and before the Parole Board.

Gabrielle is also completing her Legal Practice Course and Masters in Law alongside her role at Kirwans.