The Lasting Powers of Attorney

The dangers associated with Powers of Attorney have been in the news recently with the retirement of an eminent Judge Denzil Lush, who for years had been hearing cases in the Court of Protection. The featured news articles stress the risks of appointing an Attorney with the Judge himself stating that he would not sign one.

In truth, the main reported victim was as a result of him making an Enduring Powers of Attorney (EPA) in 2003, which was easily misused. In 2007 the old EPA was superseded by a Lasting Powers of Attorney (LPA), which had far more stringent controls, although they have since been relaxed with the removal of the necessity to notify close friends or relatives of the appointment; which is now optional.

The difficulty is that the alternative to granting an LPA is a period of total uncertainty after the elderly relative becomes unable to sign for him or herself and someone, usually a close relative but sometimes the Local Authority, has to apply to the Court of Protection to be appointed as a Deputy. This is a lengthy and very expensive process, with legal fees, court fees and fidelity insurance premiums. There is an ongoing requirement to submit annual accounts. The result is that whilst the elderly relatives’ assets are more secure, the delay in being able to settle debts, or to sort out financial arrangements generally, can be considerable.

So what is the answer? Appoint an Attorney whom you can trust implicitly. I also recommend that you ensure others are notified of the appointment. If you only have friends, neighbours or more distant relatives then look to a qualified and trusted Solicitor with experience in this role. Whilst the administration of your affairs might be a little more expensive than if you appoint a relative, it is still likely to be cheaper than the Court of Protection and you are guaranteed safety as you are protected by the Solicitor’s Professional Indemnity insurance and a compensation fund should there be any act of negligence on their part.

It’s important to remember that an LPA is a powerful document. Sometimes things aren’t as straightforward as we would hope, therefore any protective measures should still be firmly encouraged. 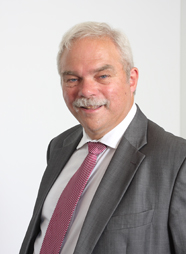 Jasper advises on Wills, Estates, Powers Of Attorney and the affairs of elderly clients. In addition, Jasper is responsible for the development of the firm's Commercial Property service portfolio. He advises commercial clients on all aspects of Property law including Commercial Leases (Landlord or Tenant), Sales and Purchases for SMEs, development of housing estates and Equity Release Mortgages for elderly clients.