Are Female Criminals Punished Too Severely?

Are women being punished too severely for entering the Criminal Justice System? The Criminal Appeals Strategic Legal Representation Programme certainly thinks so and has given some eye watering statistics to why this is such a major concern that cannot continue to go unnoticed.

The statistics do seem to demonstrate an overwhelming indication that women are suffering inappropriate and disproportionate punishment in the hands of the Courts. The Programme is so worried about their findings that they are actively offering women direct help with appealing their sentences immediately.

For these non violent women being locked up the punishment doesn’t stop there. The impact of a prison life can be destructive and has far reaching consequences. After the “clang of the prison gates” the devastation continues. The Programme claims that;

• Almost a third women prisoners have lost their home as a result of imprisonment;
• 9 out of 10 mothers in prison have their children removed from the family home; and
• Just 8% of women prisoners are identified as having positive employment prospects upon release from prison. Interestingly this figure is 27% for male prisoners!

“Don’t do the crime if you cant do the time” - however dig deeper into the statistics and you may just question whether the term ‘criminal’ is an accurate representation of these women, many of whom would be regarded as the most vulnerable in society. Consider the following;

Disturbing statistics aren’t they? What I find more worrying however is the fact that these issues, these concerns, this inequality, is not a new discovery. It hasn’t been borne from a think tank of statisticians suddenly trying to find a new headline. It was raised over 10 years ago by Baroness Corston. It was shocking back then, but now this is unforgivable.

What has changed in those 10 years? Seemingly nothing. Recent statistics seem worse that ever! What is now being done? It appears that the Centre of Criminal Appeals is taking the reins by commissioning the above mentioned programme and similar reports. They are offering the research, and more importantly assistance, to those affected by actively seeking women in these situations to contact them and they will see whether they can assist in lodging appeals. This is a positive step forward and they ought to be applauded.

Call me cynical but I fear that many of these women with their vulnerable backgrounds and their short sentences will simply get their heads down, serve the time and get out. Appeals take time, some might see it as not being worth it.

I hope for a more fundamental review of the whole situation these women find themselves in, prevent them from going to prison in the first place rather than a sticky plaster after the gaping wound has formed. 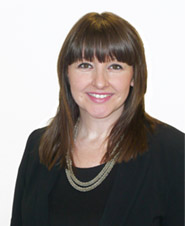 Her areas of expertise include trial advocacy and complex legal arguments. Amy specialises in the representation of vulnerable individuals, including youth offenders, and those with mental health conditions.