In July 2015 it was announced that there would be a consultation regarding the proposed closures of 91 courts in England and Wales. That consultation has now come to an end and the result was published on the 11th February 2016. Unfortunately, the outcome is that 86 of the proposed 91 courts are to close.

Following the consultation - five courts in the Merseyside and Cheshire area will close. These courts are;

The closure of these courts will have a huge impact on the day to day running of Family Law cases. The Liverpool based Family Court is already busy, with it often proving difficult to find a private consultation room, hearings running over and the lack of available refreshments. The extra cases involving family issues which will now be heard at the Liverpool Family Court due to the closure of Warrington County Court may only serve to exacerbate the situation.

Not only will there be difficulties whilst at the court itself but the closure of the local courts will mean that for many people their local Family Court may now be almost an hour’s journey away from them. This will no doubt mean that people will be put off from making a family law application due to the extra travel involved, and the inevitable increase in the cost of travel.

However, Shailesh Vara, Parliamentary Under-Secretary of State for Justice, Minister for the Courts and Legal Aid stated that 97% of citizens would be able to reach their nearest court within an hour by car. This remains to be the case on the surface but the longer term repercussions for sensitive family cases  may only increase the stress and strain for families whilst in court. 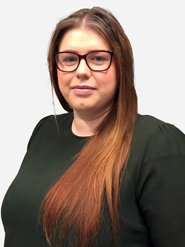 As a Legal Clerk within the Family department Hannah provides legal support and assistance to the team and clients.

Hannah is sensitive towards the issues that surround modern family law and approaches these issues with care.