Retail Needs to Remember It's Duty of Care

Recently there was a much publicised story of a shopper who sustained severe injuries when visiting supermarket giant Aldi in Widnes.  She sustained the injuries when building tiles on the Aldi store fell onto her - causing serious injuries which hospitalised her. Following this terrible accident there will certainly be a wide scale investigation from the Health and Safety Executive whose findings will be revealed in due course.

This will inevitably raise public concerns as to what level of care is expected by the likes of retail giants such as Aldi, Sainsburys, Asda and Tesco?

What is clear when we look at case law is that the courts of England and Wales take customer safety extremely seriously, regardless of the size of the business. This is historically evident with the number of cases won by individuals for injuries sustained due to retailer negligence.

Members of the public should be aware that all supermarkets have a duty under the Occupiers' Liability Act 1957 to ensure that visitors are safe when they visit their stores. If a retailer has failed in their duty of care and the court feels that not enough steps or precautions were taken by the owner to ensure that their shoppers were safe  -  then the Court will order the retail owner to pay damages to the injured party. The amount of damages awarded obviously depends on the severity of the injuries. In the case of the unfortunate lady in Widnes – Aldi could be ordered to pay a significant amount of damages due to the severe physical and psychological injuries suffered.

It must be recognized by retailers that they have a duty to provide a safe environment for their customers and there is simply no excuse for a failure to provide this protection. The incident at the Aldi store in Widnes was an unacceptable situation, and was an accident which could have been prevented by the supermarket making checks to ensure that their premises was safe and not dangerous to customers. This situation should serve as a stark reminder to the rest of the retail industry of the duty of care they are required by law to provide to their customers. 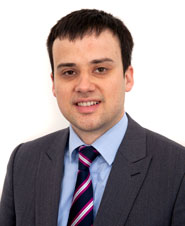