The Government has declared its intention to reduce reoffending with its latest Prison ‘overhaul’ statement.

David Cameron recently announced that Governors would have autonomy over the operation and budgets of their prison. However the big question is, how will they begin to repair the system to ensure each part of it works as it should?

Mr Cameron said; "current levels of prison violence, drug-taking and self-harm should shame us all". Reported statistics indicate that prisons deal with approximately 600 incidents of self-harm, at least one suicide and 350 assaults, including 90 on staff, in a typical week!

We have seen examples of prisons across England and Wales being condemned as places that are unfit for purpose, yet the prison population continues to increase. We are now hitting an all time high of 85,000 prisoners held.

Penal charities have said that the reforms would fail if prisoners were placed into an ineffective institution with insufficient staffing. The current state of play suggests that a major overhaul is required, yet how such repair and improvements will be implemented remains to be seen.

The positive news is that the Governors will be able to manage and allocate their own budgets. This may result in many channeling more funds to develop effective rehabilitation programmes.

In my experience in dealing with Post Conviction law, inmates have often said that more vocational training would be best served in order that they learn a trade, all with an objective to gain employment in that trade upon release. This, in my view, would be a positive step forward.

Statistics show that 32% of offenders with one previous custodial sentence re-offend, however if opportunities are provided for vocational qualifications employment opportunities become a possibility and could assist in the reduction of re-offenders.

Drug rehabilitation is an important area for development. The Government has recognised this as detailed in its report dated 8th May 2015. The aim is to deal with drug abuse inside prisons and provide drugs counselling after release, or when serving a community sentence.

It will be vitally important to engage with drug misusing offenders as early as possible within the criminal justice system, from drug testing on arrest through to post-release care. This would demonstrate good working practice if it does bring down reoffending rates in the future.

Whilst it is fair to say that prisons are a necessity as a deterrent for those involved in criminal activity, it is also important to have a criminal justice system that not only punishes offenders for their behavior but looks at education and rehabilitation in efforts to prevent future criminal activity. Address unemployment, housing issues, drug and alcohol misuse and break the cycle that many find difficult to do without the advice, assistance and support of specialist agencies. 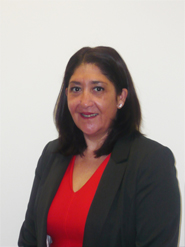 Marcela is an Assistant Solicitor and Accredited Police Station Representative. With over 20 years experience, Marcela brings a wealth of knowledge to the team specialising in a wide range of criminal and prison law matters.

Marcela represents clients from police station interviews through to court hearings in the Magistrates' Courts.  She also represents clients before Parole Board Panels and District Judges within the prison system on adjudications to secure the best possible outcome for clients.

As Investigations Team Leader, Marcela is responsible for ensuring that Police Station representation for clients is dealt with effectively and efficiently ensuring the highest level of client care. She also plays an integral part in managing the departments First Response Team ensuring the efficient handling of all enquiries.

Marcela graduated in Law from Liverpool John Moore’s University and completed her Legal Practice Course in 2009 before gaining her Prison Law Supervisory status in June 2010.