The battle behind Britain's front doors

With average viewing figures of over 1.2 million the latest Channel 5 series ‘Nightmare Tenants Slum Landlords’ is proving compulsive viewing. The programme takes a closer look at what happens when conflicts between landlords and tenants get out of control, something which I am all too familiar with in my profession.

A recent episode grabbed my attention as it highlighted so many of the situations I deal with on a daily basis for my clients, including landlords taking back possession of their own home.

In this particular episode we witnessed the ordeal of a couple who had moved out of their property for a period of two weeks whilst building works were carried out and upon their return found squatters living in their house.

Many people who face this situation turn to the authorities for assistance with the Police often being the first port of call. However, in this type of property case the Police unfortunately have very limited powers to intervene and the only recourse available is via the civil courts.

The rather unusual twist in this episode is that the squatters were themselves victims of a rogue letting agent, something which isn’t as uncommon as you may think. On the surface everything looks legitimate, agreements are signed and deposits are paid with large sums of money exchanging hands. The scammers quickly disappear leaving innocent tenants out of pocket with little resource to secure alternative accommodation.

The Courts have to strike the right balance between protecting victims of scams whilst also preserving the home owners’ rights. This isn’t easy and I don’t envy judges facing pleas from an innocent family facing homelessness after having their savings stolen.

Although the people in the property are regarded as ‘squatters’ in the eyes of the law, they still have legal rights to request additional time in the property to allow them time to get back on their feet, particularly where young children are concerned. This is the reason that the property owners have to go though the court procedure.

Ultimately, the home owner will get their house back but it may take longer than one would expect!

My advice to any home owner in such circumstances would be to seek legal advice from the earliest opportunity to ensure any legal complexities are identified from the outset and to get the ball rolling with issuing urgent court proceedings.

As for prospective tenants, it is vitally important to carry out their own due diligence and ensure that they are dealing with a legitimate letting agency before handing over any deposit or advance rent. One way to do this is to contact the Association of Residential Letting Agents (ARLA), which is the regulatory body for letting agents in the UK. 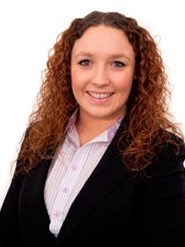