Can Consent be Retrospectively Withdrawn?

With the globalisation of social media and the Smartphone being the ever present medium by which news is accessed; key influencers such as newspapers, websites, magazines, bloggers, freelance journalists and broadcasters bombard us with a constant stream of articles and posts. But sometimes a unique story breaks through the noise which captures the public’s attention and raises important questions and debates.

An example of this can be seen with an emotive, divisive and perplexing criminal trial in the North West.

In brief, a female defendant posed as a male (allegedly creating an alter ego) and engaged in a sexual relationship with a female. The fundamental confusion in this case - based on the national press coverage and social media activity across Facebook and Twitter - comes down to the basic question, whether the complainant consented?

In this case, neither party disputed that the act itself took place. The issue was whether the complainant consented to the act after finding out that her partner was indeed female.

This raises the question on whether sexual consent can be conditional and therefore can consent be retrospectively withdrawn after the act itself?

When we look at case law we can see that a key aspect of the law can be found in the  Sexual Offences Act 2003 which defines sexual consent: A person consents if he agrees by choice, and has the freedom and capacity to make that choice and implies that sexual consent would be invalid if (a) the defendant intentionally deceived the complainant as to the nature or purpose of the relevant act.

Through this case law the jury believed that the defendant intentionally deceived the complainant causing consent to be vitiated (invalid), therefore providing that element of the offence.

The recent case of R v McNally [2013] EWCA Crim 1051 was a case of similar circumstance and focused on the issue of consent by deception. In the judgment Lord Justice Leveson compared cases where people have engaged in sexual activity where one party has failed to disclose that they were HIV positive and this can affect consent.

“In reality, some deceptions (such as, for example, in relation to wealth) will obviously not be sufficient to vitiate consent” and goes onto to say that the evidence relating to ‘freedom’ and ‘choice’ “must be approached in a broad commonsense way”.

In the case involving Gayle Newland at the Chester Crown Court, despite any opinions of disbelief or feelings the general public may have about the plausibility of either party’s account of the events, a jury of 12 found the defendant guilty of 3 counts of sexual assault by penetration, approaching the evidence with a ‘commonsense’ view.

In this case, the judge identified a clear aggravating feature of the sentence was the creation of an alter ego to manipulate the complainant and to facilitate the deception over a period of years and the judge deemed the appropriate sentence to be one of 8 years imprisonment.

In the light of the judge’s decision it would appear that sexual consent can be withdrawn retrospectively and is a decision based on conditional factors. This historic legal precedent could potentially pave the way for an influx of criminal cases based on retrospective criminal actions relating to sexual consent.

Note: As of writing this case is still ongoing and the original decision is currently being appealed by the defendant as reported by the BBC News. 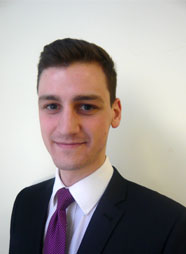 Thomas is a Solicitor and Accredited Police Station Representative working in the Criminal Department. He is experienced in defending companies and individuals who are being prosecuted by regulatory bodies and local authorities.